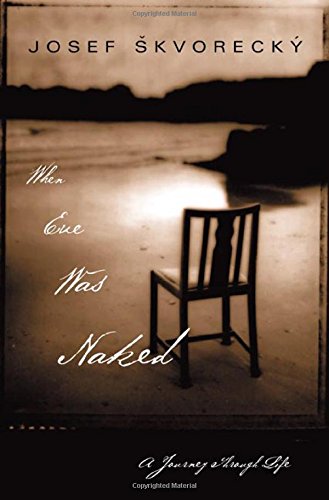 WHEN EVE WAS NAKED: Stories of a Life's Journey

Just before Skvorecky turned 70, his friends urged him to write his memoirs. He decided instead to publish this collection of short stories, in which "nearly everything worth telling," as he writes in his preface, is present in one form or another. Taken together, the 24 tales work as both biography and history, tracking the literary life of one of the former Czechoslovakia's premier writers and the fate of his country under Nazi rule and Communist repression. The initial stories, which go by such self-explanatory titles as "How My Literary Career Began," "My Uncle Kohn" and "My Teacher, Mr. Katz," offer brief snapshots of the author's early years, and the specter of Nazism constantly hovers in the background as various characters are spirited away to the concentration camps. The most effective items in the collections are the longer, mid-career entries: "The End of Bull Mácha" is an unusual look at political repression, in which a former jazz musician is thrown out of a club for his outrageous jitterbug dancing, while "Spectator on a February Night" tracks the chaos that occurs when Prague's left-wing journalists are forced to leave the country during the 1968 student demonstrations. The romantically oriented stories are a bit muddled by comparison, and a couple of the late-career stories that revolve around Skvorecky's teaching career are pedantic and ineffective. Skvorecky displays the tongue-in-cheek irony that is common to many Eastern European writers, but his unique compassion, humanism and wisdom in the face of relentless, unspeakable political horror makes him consistently engaging and intriguing. This collection should serve as both a summary and a point of entry for readers who wish to explore the shorter works of one of the finest international writers of his generation.