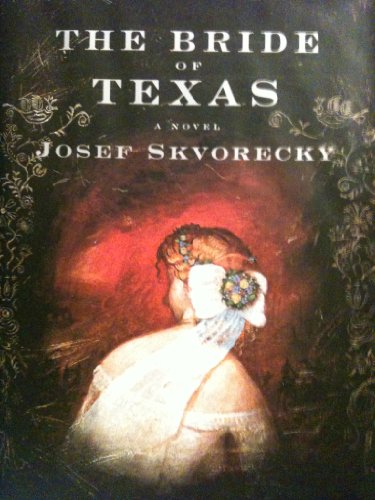 The Bride of Texas

Toronto-based Czech writer Skvorecky's audacious, romantic, sprawling saga of Czech-Americans fighting and loving in the U.S. Civil War confirms his reputation as a risk-taking novelist. Here, as in Dvorak in Love and The Engineer of Human Souls, he skillfully melds sociopolitical insight, absurdist humor and tragedy. Skvorecky's new heroine, Moravian Lida Toupelik--her elopement squelched by a father who whips her--forsakes her Czech lover and migrates, pregnant and disgraced, to Texas, where she foolishly marries Etienne de Ribordeaux, the bourbon-drenched, aristocratic, one-legged son of a plantation owner. Lida's brother Cyril, a soldier (along with many other Czech-Americans) in General William Tecumseh Sherman's devastating march through the South, has a love affair with Dinah, a free-spirited slave whom Etienne had coerced into having sex years earlier. Around these hothouse parallel romances, which end tragically, Skvorecky re-creates the lives, adventures, homesickness and struggles of a disparate group of Czech-American soldiers who, far from their native land, which was then under Austrian despotism, fought for national unity and the liberation of the slaves. Most of the Czech-born soldiers and civilians portrayed--in Chicago, New York, Texas, Savannah--actually lived. Skvorecky inserts well-known historical figures as well, most prominently Sherman, whom the author sympathetically depicts as a patriot who scorched enemy land to shorten the war. Lincoln's hapless General Ambrose Burnside also appears, as does the peace-mongering, anti-abolitionist Ohio congressman Clement Vallandigham, arrested by the U.S. Army as a traitor in 1863. Skvorecky's stunning novel shows us the Civil War, race relations, slavery and melting-pot America in a fresh and often startling light. (Jan.)
close
Details