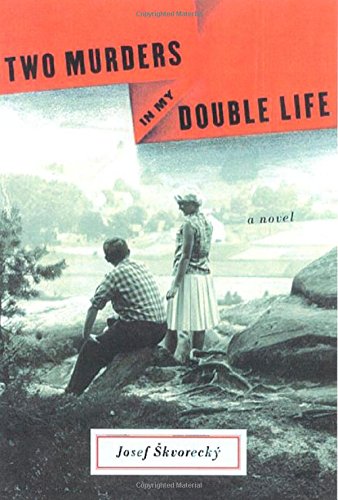 TWO MURDERS IN MY DOUBLE LIFE

Skvorecky left his native Czechoslovakia in 1969—in the wake of the Soviet invasion—and has been living in Canadian exile ever since. For the last 30 years, he has published copiously in Czech and has fared well in English translation (; ; . Now in his 70s, he has written his first book in English—an intermittently eloquent if not entirely persuasive fiction, part murder mystery and part campus novel. The protagonist is an unnamed Skvorecky-like professor in Canadian exile, whose wife, Sidonia, a writer and editor, is being cruelly slandered in the Czech Republic by resentful postcommunist climbers. Meanwhile, life on the Toronto campus is disrupted by an unlikely murder. Two radically dissimilar worlds are here juxtaposed and interwoven: Central Europe, with its ferociously bitter animosities and treacheries left over from the Soviet era; and bland, tidy, middle-class Canada. The account of the relentless hounding of Sidonia and her bitter end is almost unbearably poignant, but the dull mystery story does not hold up its end of the bargain. In addition, Skvorecky has perhaps gotten carried away with the mimicry of spoken English. He has the non-native speaker's joyful enthusiasm for the little quirks that make English idiomatic, but the impression created by the text is not one of authentic talk so much as relentless chatter. Still, the novel is notable for its evocation of the professor's enduring love and respect for his brilliant, long-suffering wife.