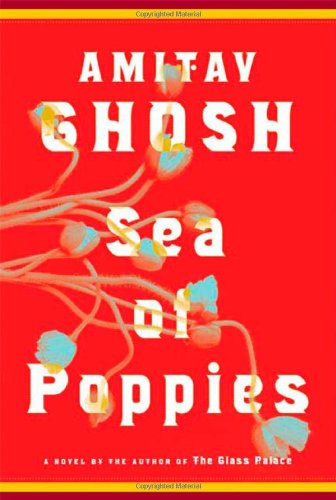 Diaspora, myth and a fascinating language mashup propel the Rubik's cube of plots in Ghosh's picaresque epic of the voyage of the , a ship transporting Indian “girmitiyas” (coolies) to Mauritius in 1838. The first two-thirds of the book chronicles how the crew and the human cargo come to the vessel, now owned by rising opium merchant Benjamin Burnham. Mulatto second mate Zachary Reid, a 20-year-old of Lord Jim–like innocence, is passing for white and doesn't realize his secret is known to the “gomusta” (overseer) of the coolies, Baboo Nob Kissin, an educated Falstaffian figure who believes Zachary is the key to realizing his lifelong mission. Among the human cargo, there are three fugitives in disguise, two on the run from a vengeful family and one hoping to escape from Benjamin. Also on board is a formerly high caste raj who was brought down by Benjamin and is now on his way to a penal colony. The cast is marvelous and the plot majestically serpentine, but the real hero is the English language, which has rarely felt so alive and vibrant.