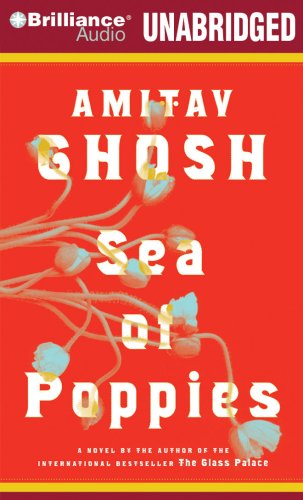 Ghosh's latest novel is a 19th-century epic of slaves, opium and the Indian diaspora. Phil Gigante didn't seem to note the time period; he reads Ghosh's work as if its characters dated from the 1940s, not the 1840s. Gigante goes to town with the novel's voices, African, Indian and otherwise, but they are distractingly modern and aggressively stylized. When he is reading Ghosh's narration, Gigante's voice is smooth and calming, but the onset of dialogue sends him into a tizzy. The result is a shambles, with Indian voices sounding like a parody of 's Apu, and even sillier Southerner voices. The parade of clichéd vocals sinks Ghosh's work, rendering this audiobook an unnecessarily distracting historical anomaly.