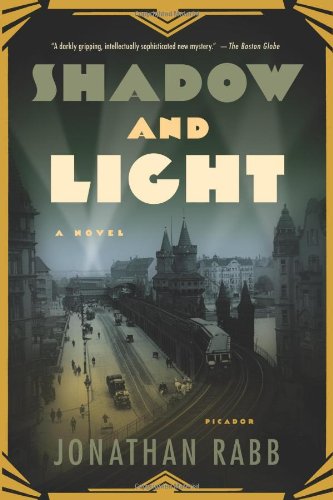 Set in 1927 Germany, Rabb’s superb sequel to correlates the advent of talking movies with the rise of Nazism. When Kriminal-Oberkommisar Nikolai Hoffner investigates the apparent suicide of an Ufa film studio executive, the trail leads the Berlin policeman to the sex and drug trade as well as to the National Socialist German Workers Party’s local leader, Joseph Goebbels. Working with Helen Coyle, an attractive American talent agent for MGM, Hoffner learns how cutthroat the picture business is. Rumors of films with sound threaten to change the industry. “Without sound, all you have is shadow and light,” an inventor tells Hoffner. With sound, movies can do a lot more than entertain, as soon to be shown by Nazi propaganda films and newsreels. Rabb’s meticulous research brings to life a corrupt society vulnerable to extremism. Well-conceived cameos by director Fritz Lang and actor Peter Lorre add to the intrigue.