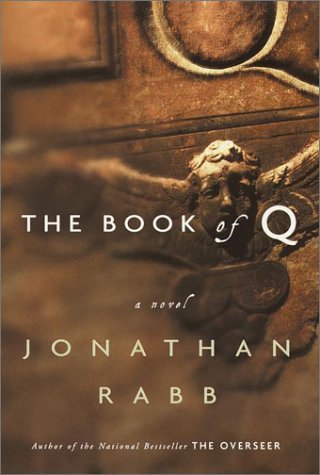 THE BOOK OF Q

Recycling many of the story elements from his 1998 debut thriller, , Rabb composes another engrossing if long-winded tale of a master plan for world domination based on the frantic search for an ancient religious scroll. The search is led by Ian Pearse, a young Catholic priest, who sets out to find the scroll after he becomes convinced that evil splinter elements in the Catholic Church may try to use it to seize power. The scroll, written in the sixth century by a since vanished religious order known as the Manichaeans, is believed to outline a strategy for bringing about worldwide religious supremacy through "one pure church." Armed with only a mysterious map that provides clues to the scroll's whereabouts, Pearse travels to remote Greek monasteries, then into war-torn Bosnia. Along the way, he encounters not only violent pursuers but also his former lover, Petra, and a son he never knew he had. Meanwhile, back in Rome, the pope suddenly dies, and a few days later, a bomb explodes in Vatican City, killing more than 100 cardinals who were set to select a new leader. Could this be the work of the long-dormant Manichaeans, at last trying to fulfill their vision by taking over the Catholic Church? Starting strong out of the gate, Rabb establishes an intriguing scenario and charges home in the final few chapters. Between start and finish, however, the story bogs down in religious detail and meandering dialogue. While annoying, the digressions don't substantially detract from a solid, hard-edged tale set in a climate of Catholic intrigue and social controversy.