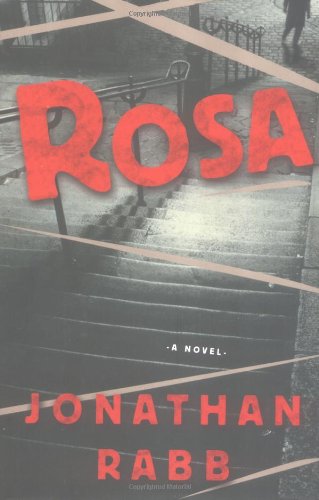 Based on the obscure four-month-long disappearance of the corpse of Rosa Luxemburg, the "Devil Jewess" Socialist Democrat revolutionary, after her summary execution on January 15, 1919, this brooding, studiously researched fiction noir from Rabb ( ; ) imagines the maelstrom of conspiracy and political unrest in post-WWI Germany. For six dreary weeks, starting in early December, veteran Det. Insp. Nikolai Hoffner—along with Hans Fichte, an ambitious 23-year-old detective trainee—has been baffled by the corpses of middle-aged women appearing around Berlin with signature designs carved into their backs. In mid-January, Hoffner is called to see a fifth corpse in an abandoned subway station, and at the morgue, he is shown a sixth body—that of the infamous Rosa Luxemburg. Her corpse has similar markings, but there are subtle differences. These suspicious variations—coupled with the arrogant intervention of the powerful Polpo (political police), who spirit the corpse away to a morgue upstairs—launch Hoffner on a perilous, labyrinthine inquiry. Sometimes the novel's prose is rather tangled and Rabb struggles to get his story told, but subtexts of love, betrayal and a detective at war with his feelings illuminate this gothic tapestry of anti-Semitism and ethnic elitism with its foreshadowing of the Nazi era.