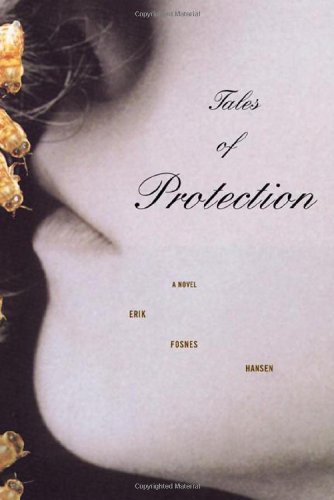 The theory that there is a law of series that binds together seemingly random events (espoused by real-life scientist Paul Kammerer, whose biography was written by Arthur Koestler) is at the heart of this enigmatic, richly suggestive novel. Wilhelm Bolt, a mining engineer, is convinced by a near-death experience in a mine that there are unknown, protective influences at work in the world. As a rich, retired reprobate living on an estate in the Norwegian countryside, he devotes himself to proving Kammerer's thesis by collecting synchronicity stories. When he dies, he leaves his fortune and his quest to his grand-niece, Lea, much to the chagrin of the rest of the family. Two long stories set in different times and places illustrate Bolt's hypothesis. In the first, the ghost of a drowned sailor from a vessel that foundered on a clear night in heavy seas bothers the lighthouse master of the Sandön Lighthouse Station, Kalle Jacobsson; more ghosts appear to Kalle's epileptic daughter, Josefa. The other story takes place in Rome in 1497, when a rich, exiled Florentine merchant, Lorenzo del Vetro, afflicted with a rare skin disease, is cured by an old, ill-painted picture of the Virgin and sends his lackey, Fiorello, to Padua to track down the painter's assistant. Hansen favors the Russian doll approach to stories, in which one story is nested inside another. His "serialism" is romantic in the deepest sense—allegories and narratives contain the deep structure of the world, while math and science are merely the mutable surface. The craft of 19th-century fiction and the complexity of 20th-century thought make this a gloriously rewarding novel.