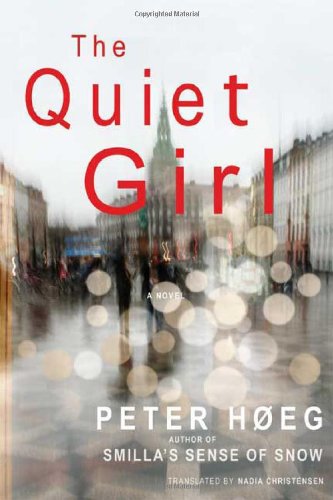 Høeg built his bestselling mystery, , around the science of ice. In this labyrinthine, intellectual thriller, Høeg focuses on the nature of sound, and in particular the music of Bach. In a near future where an earthquake and resulting flood have submerged a portion of the city of Copenhagen, Kasper Krone, a world-famous clown and passionate Bach fan, is about to be deported for not paying his taxes. But an official in a secret government agency known as Department H offers to make the charges disappear if Krone will help them locate a young girl, KlaraMaria, who was once his student and shares his peculiar psychic abilities. The blend of science, erudition and slow revelations could only have been written by Høeg, and will appeal to his many fans and other readers with a taste for the literary offbeat.