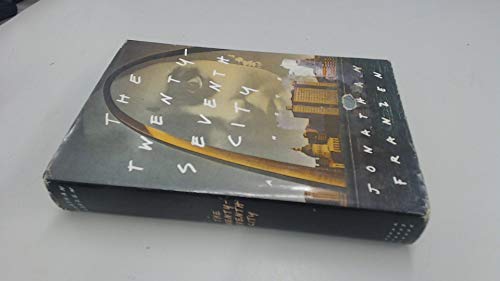 Highly gifted first novelist Franzen has devised for himself an arduous proving ground in this ambitious, grand-scale thriller. Literate, sophisticated, funny, fast-paced, it's a virtuoso performance that does not quite succeed, but it will keep readers engrossed nonetheless. Bombay police commissioner S. Jammu, a member of a revolutionary cell of hazy but violent persuasion, contrives to become police chief of St. Louis. In a matter of months, she is the most powerful political force in the metropolis. Her ostensible agenda is the revival of St. Louis (once the nation's fourth-ranked city and now its 27th) through the reunification of its depressed inner city and affluent suburban country. But this is merely a front for a scheme to make a killing in real estate on behalf of her millionaire mother, a Bombay slumlord. Jammu identifies 12 influential men whose compliance is vital to achieving her ends and concentrates all the means at her disposal toward securing their cooperation. Eventually, the force of Jammu's will focuses on Martin Probst, one of St. Louis's most prominent citizens, and their fates become intertwined. Franzen is an accomplished stylist whose flexible, muscular, often sardonic prose seems spot-on in its rendition of dialogue, internal monologue and observation of the everyday minutiae of American manners. His imagination is prodigious, his scope sweeping; but in the end, he loses control of his material. Introducing an initially confusing superabundance of characters, he then allows some of them to fade out completely and others to become flat. The result is that, despite deft intercutting and some surprising twists at the end, the reader is not wholly satisfied. Any potential for greater resonance is left undeveloped, and this densely written work ends up as merely a bravura exercise. 40,000 copy first printing; $50,000 ad/promo; BOMC and QPBC selections. (September)
close
Details