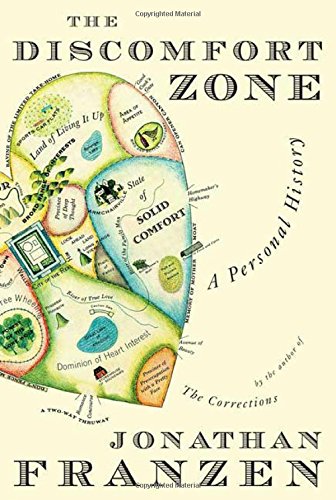 National Book Award–winner Franzen's first foray into memoir begins and ends with his mother's death in Franzen's adulthood. In between, he takes a sarcastic, humorous and intimate look at the painful awkwardness of adolescence. As a young observer rather than a participant, Franzen offers a fresh take on the sometimes tumultuous, sometimes uneventful America of the 1960s and '70s. A not very popular, bookish kid, Franzen ( ) and his high school buddies, in one of the book's most memorable episodes, attempt to loop a tire, ring-toss–style, over their school's 40-foot flag pole as part of a series of flailing pranks. Franzen watches his older brother storm out of the house toward a wayward hippe life, while he ultimately follows along his father's straight-and-narrow path. Franzen traces back to his teenage years the roots of his enduring trouble with women, his pursuit of a precarious career as a writer and his recent life-affirming obsession with bird-watching. While Franzen's family was unmarked by significant tragedy, the common yet painful contradictions of growing up are at the heart of this wonderful book (parts of which appeared in the ): "You're miserable and ashamed if you don't believe your adolescent troubles matter, but you're stupid if you do."