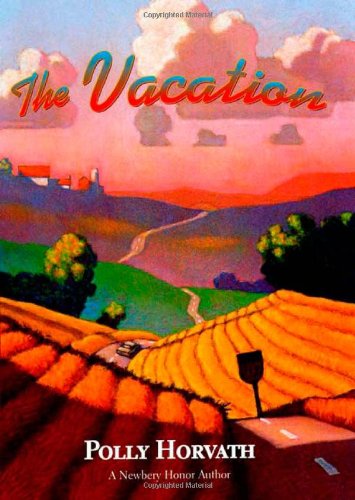 Horvath ( ) possesses the unique ability to make extraordinary events (such as brushes with death) appear perfectly ordinary while extracting something profound from occurrences as run-of-the-mill as a jaunt to the bookstore. In this novel filled with equally quirky characters and misadventures, the author traces 12-year-old narrator Henry's memorable summer road trip with his Aunt Magnolia and Aunt Pigg. His mother is acting as a Mormon missionary in Africa and has taken his father with her ("I don't wish to be known as Norman the Mormon," Henry's father says in one of many unforgettable lines), and they experience more than their fair share of excitement abroad (Henry's mother gets lost in the Ugandan jungle; his father contracts malaria). But the hero becomes involved in his own mini-drama, touring the southern states in an unairconditioned car with his bickering relatives. Along the way, the boy meets his grandfather for the first time, wanders off in the Everglades with an autistic child and bids adieu to Aunt Pigg, who decides to set down roots with a Texas rancher. The places Henry visits seem as arbitrary and disconnected as his chance encounters with colorful locals, but the sum of his experiences lead to some life-altering conclusions about surviving in an unpredictable world. At once poignant, funny and wise, this book gives new meaning to the phrase, "The best journeys never end." Ages 10-up.