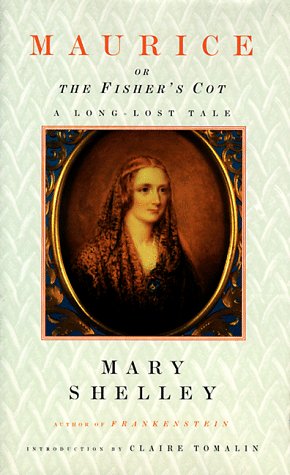 Maurice, or the Fisher's Cot: A Tale

The discovery last year of a long-lost, hitherto unpublished story by Mary Shelley--author of Frankenstein, feminist and wife of poet Percy Bysshe Shelley--raises expectations. A morality tale for children, Maurice was written in 1820 in Italy, where Shelley had fled with her husband and their two small children. Dedicated to Laurette Tighe, a transplanted 11-year-old Irish girl, it's a slight, quaint, creaky, if pleasant enough story full of convoluted sentences. Maurice is a delicate yet resilient boy who runs away from home to escape the beatings of the cruel sailor whom he thinks is his father. After enjoying a loving foster home with a poor old fisherman and his wife, the undaunted boy by chance meets a rich traveler, a retired architect, who, it turns out, is his real parent. Contemporary concerns such as child abuse, broken homes and runaway kids are all present, yet the story seems stilted and full of sentimental touches. In her 60-page introduction, Tomalin, biographer of Jane Austen and Shelley's mother, Mary Wollstonecraft, offers a fascinating piece of detective work (she went to Italy to meet Tighe's descendants, who had unearthed the manuscript) and shows how this tale of loss and vulnerability mirrors a tangle of tragedies--the deaths of Mary Shelley's three infant children; the suicides of her half-sister and of P.B. Shelley's first wife; the absence of Allegra, daughter of Percy Bysshe's stepsister who was given up to the girl's father, the poet Byron. Tomalin also re-creates the adventures of Laurette's parents, both freethinkers, poets and writers, whose lives saw the Napoleonic Wars and the Romantic movement. The work contains fetching period illustrations, a facsimile of the original manuscript and a witty, tongue-in-cheek poem by Laurette's mother, Margaret King, ""Twelve Cogent Reasons for Supposing P.B. Sh-ll-y to be the D-v-l Inc-rn-t-,"" which is a flattering defense of the radical atheist poet. (Nov.)
close
Details