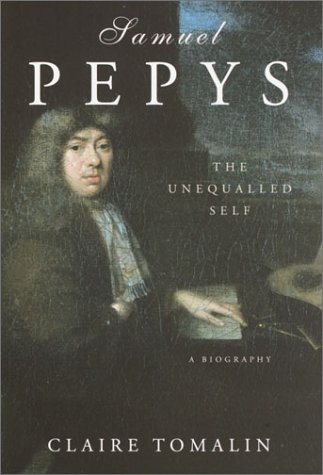 SAMUEL PEPYS: The Unequalled Self

Samuel Pepys (1633–1703) is the most famous diarist in English letters. From 1660 t0 1669, he penned an unforgettable day-by-day description of Restoration London, with its disasters (the Great Plague of 1665, the Great Fire of 1666), its tumultuous politics and its amazing cultural fervor. Pepys's diary also describes his eager womanizing, as he makes passes, often clumsily, at barmaids and shop girls and the wives of his associates. It is Pepys's intermingling of the public and the private that makes his diary so remarkable. Tomalin (, etc.) really knows her man, following him closely through some of the great events of English history. As a young government clerk, Pepys allied himself with his cousin Edward Montagu, who turned away from Cromwell to help Charles II become king in 1660, and the Restoration made Pepys's career. Highly organized, intelligent and a savvy political infighter, as Tomalin portrays him, he became a leading navy official and helped build the British navy into a world power. Tomalin also brings us inside Pepys's personal life: his tempestuous marriage, his romantic liaisons, his private, quite negative feelings about King Charles II. Tomalin writes brilliant chapters on all aspects of Pepys's life, relying not only on the diary but also on impressive scholarship. Tomalin clearly admires her subject, whose energy she constantly praises. For those who have already enjoyed the diary, Tomalin's learned and entertaining work admirably fills in the gaps. 16 pages of photos.