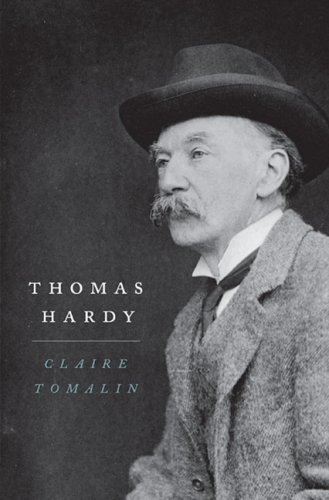 Respected British biographer Tomalin (whose was 2002's Whitbread Book of the Year) sticks to the substantiated facts of Hardy's life (1840–1928) in her finely honed biography, dismissing the speculative claims of other Hardy scholars as she charts the great British novelist and poet's rise from humble rural origins to bestselling author and literary eminence. Tomalin captures the awkwardness of Hardy's conduct in high society following his literary success, brilliantly highlighting the snobbishly mocking diary entries of upper-class observers. At the heart of Tomalin's narrative is a gripping account of Hardy's long, troubled marriage to Emma Gifford in which Tomalin carefully shows how a heady courtship waned into disappointment and bitterness on both sides. Tomalin damns neither party, evoking Emma's eccentricities and frustrations along with Hardy's infatuations with other women. She also treats, with great sensitivity and insight, Hardy's poetic outpourings after Emma's death, in which he imaginatively returned to an image of her as his beloved muse. "The wounds inflicted by life never quite healed over in Hardy," writes Tomalin, although she avows she cannot completely fathom the underlying cause of his acute sensitivity to humiliation. A feat of distillation and mature judgment, Tomalin's biography artfully presents Hardy in his intimate and social world, offering succinct and insightful readings of his work along the way. Illus., map.