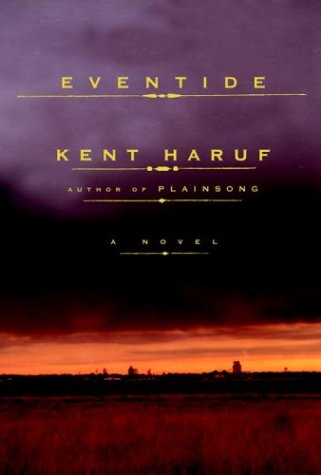 Haruf's follow-up to the critically acclaimed and bestselling is as lovely and accomplished as its predecessor. The aging bachelor McPheron brothers and their beloved charges, Victoria and her daughter, Katie, return (though Victoria quickly heads off to college), and Haruf introduces new folks—a disabled couple and their children, an old man and the grandson who lives with him—in this moving exploration of smalltown lives in rural Holt, Colo. Ranchers Raymond and Harold McPheron have spent their whole lives running land that has been in their family for many generations, so when Harold is killed by an enraged bull, worn-out Raymond faces a void unlike any he has ever known. His subsequent first-ever attempts at courtship and romance are almost heartbreaking in their innocence, but after some missteps, he finds unexpected happiness with kind Rose Tyler. Rose is the caseworker for a poor couple struggling so dimly and futilely to better their lives that it becomes painful to witness. Children play crucial roles in the novel's tapestry of rural life, and they are not spared life's trials. But Haruf's characters, such as 11-year-old orphan DJ Kephart, who cares for his retired railroad worker grandfather, and Mary Wells, whose husband abandons her with two young girls, maintain an elemental dignity no matter how buffeted by adversity. And while there is much sadness and hardship in this portrait of a community, Haruf's sympathy for his characters, no matter how flawed they are, make this an uncommonly rich novel. .