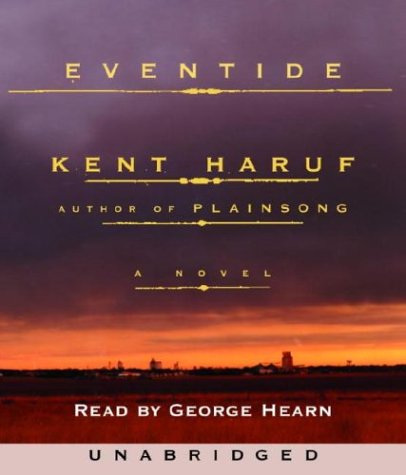 Narrator Hearn, who won a Tony award for his performance in the Broadway musical , proves to be a perfect complement to Haruf's earthy, austerely elegant prose in this atmospheric sequel to Hearn's novel (1999). Many of the characters from that book return, with the brothers Harold and Raymond MacPheron once again serving as the focal point. Haruf concentrates on the complexities of what seems to be a simple Colorado community. New characters include a mentally challenged couple struggling to raise their two children, and an 11-year-old orphan boy charged with caring for his aging grandfather. The text is restrained, as is Hearn's performance. His relaxed, throaty voice and even pace fit comfortably with a book that boasts its fair share of sayings like, "Yes, ma'am," and in which a present participle ending in "g" is rarer than a discouraging word. He makes only the slightest alterations for different characters, yet they all ring true. Whether describing the events of a tragic death or a couple's thorough contemplation of the likelihood that pouring raisins on plain cereal would be the same thing as Raisin Bran itself, Hearn's voice possesses an ease and casual quaintness to rival Garrison Keillor, and it precisely conveys this book's enchanting spell.