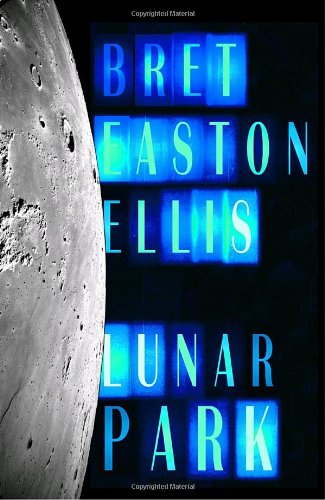 Having ridden to fame as the laureate of Reagan-era excesses, Ellis serves up a self-eviscerating apologia for all the awful things (wanton drug use, reckless promiscuity, serial murder) he worked so hard to glamorize. Narrated faux memoir style by a character named Bret Easton Ellis, author of bestsellers, L.A. native, friend to Jay McInerney, the book seeks to make obvious its autobiographical elements without actually remaining true to the facts. In the novel, Ellis marries B-list actress Jayne Dennis (with whom he'd fathered a child years earlier), moves to the New York City suburbs and begins working on his latest neo-porn shocker, , when things start to go awry. His house becomes possessed by strange, threatening spirits intent on attacking his family and transforming their home into the pink stucco green shag disaster of Ellis's childhood; a well-read stalker begins acting out, victim by victim, the plot of ; and the town becomes enthralled by a string of child abductions (oddly, only the boys are disappearing) that may or may not be the work of Ellis's son.

This is a peculiar novel, gothic in tone and supernatural in conceit, whose energy is built from its almost tabloidlike connection to real life. As a spirit haunting Ellis's house tells him, "I want you to reflect on your life. I want you to be aware of all the terrible things you have done. I want you to face the disaster that is Bret Easton Ellis." Ultimately, though, the book reads less like a roman à clef than as a bizarre type of celebrity penance. The closest contemporary comparison is, perhaps, the work of Philip Roth, who went for such thinly veiled self-criticism earlier in his career, but Roth's writing succeeded on its own merits, whereas begs a knowledge of Ellis's celebrity and the casual misanthropy his books espoused. Yet for those familiar with Ellis's reputation, the book is mesmerizing, easily his best since . Maybe for the first time, Ellis acknowledges that fiction has a truth all its own and consequences all too real. It is demons who destroy his home, break up his family and scuttle his best chance at happiness and sobriety. As a novel by anyone else, would be hokum, but in context, it is a fascinating look at a once controversial celebrity as a middle-aged man. .