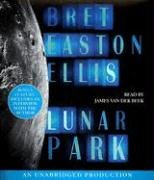 Patrick Bateman, the sociopath of , is back, or at least Bret Easton Ellis thinks so. That's Bret Easton Ellis the character, not Bret Easton Ellis the author, except the character is also the author of . The truth is, it's hard to sort truth from fiction in Ellis' latest novel. Van Der Beek (who starred as Sean Bateman, Patrick's younger brother in the film adaptation of Ellis's ) does a fabulous job of playing a nihilistic, bored, paranoid and endlessly irresponsible writer. Though the character is drug-addled for a large portion of the book, Van Der Beek does not portray the stupor in his voice; instead he recounts Ellis's keen observations with the perfect sense of removal and lack of ownership. This distance serves well the horror genre that Ellis flirts with: the listener experiences everything through the main character's eyes, though that character has a reputation for being less than reliable. The Ellis character is done so smoothly that one may think that we are hearing Van Der Beek's natural tone. It is not until hearing him read the smaller roles of the other characters that the listener realizes the range of his capabilities.