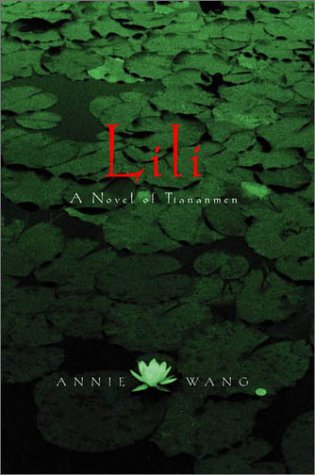 LILI: A Novel of Tiananmen

"The only difference between feudal times and our own is that back then 'bad women' were seen as amoral fox spirits, whereas now they are labeled corrupt bourgeois," muses bad girl Lili Lin, in the wake of the Chinese Cultural Revolution. The antiheroine of this debut English-language novel by Chinese-American writer Wang struggles through life in Communist China, finding her way toward the tragedy of Tiananmen Square. Busted for "hooliganism" in her early 20s, Lili is sentenced to three months of rehabilitation through labor. Returning home to her music teaching parents, who teeter on the edge of official disgrace, she has a hard time finding work and enjoys confusing the "Confucians" to whom she is a "fox spirit." Lili decides to embrace unemployment as a Taoist "Great Void" spiritual experience, but the direction of her life changes when she meets Roy Goldstein, an American journalist and friend of her childhood friend Yuan. Through Roy's appreciation of classical Chinese culture, Lili experiences a reawakening of faith in her heritage, while remaining clear-sighted about the present political horrors. In a schizophrenic social atmosphere in which she is at once an emerging cosmopolitan artist and the concubine of a white devil, she arrives, along with others, to witness the revolt of students in Tiananmen in Beijing. Like Thornton Wilder in , Wang develops an engaging novel of fate—exploring what draws an individual toward large happenings on a social stage. Her version, set in a China at once convincing and utterly foreign, both attracts and terrifies.