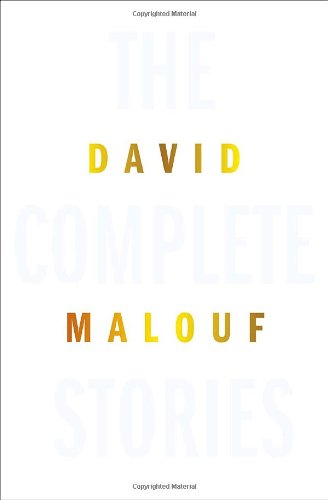 Malouf, who won the Commonwealth Prize for his novel The Great World, is a master storyteller whose imagination inhabits shocking violence, quick humor, appealing warmth and harsh cruelty with equal intensity. Three previous collections (Dream Stuff, etc.) and a section of new work comprise this engrossing compilation of the Australian writer’s shorter work. Several stories are rooted in that continent’s hardscrabble interior and coastal enclaves; others are set in Australia’s past. The youthful dreams, physical desires and psychic despair of Malouf’s richly varied characters, however, are wholly universal. Older standouts include “The Prowler,” about suburban hysteria in the wake of an omnipresent rapist’s ability to evade capture, and “Lone Pine,” among the collection’s shortest stories but packing a horrific punch, in which a carefree holiday couple is murdered by a crazed young man. New stories include “The Valley of Lagoons,” about a young man’s searing coming-of-age when he’s allowed to join his peers on a tradition-rich hunt, and “Elsewhere,” which follows a sad rural father who ventures from the country to Sydney for his estranged daughter’s funeral. Readers won’t want to skim a single page of the 31 stories in this epic collection, a few of which are novella length. Together, they represent a quarter-century of a formidable craftsman’s career. (July)