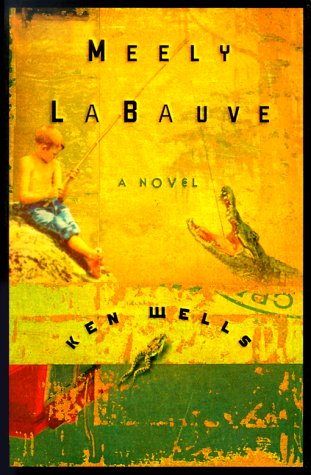 In his lean, nimble and wise first novel, Wells breathes life into an adolescent boy down on his luck in ""the lonesome end of Catahoula Bayou"" in Louisiana. The eponymous narrator relates the tale in a restrained, wry voice that is a mixture of Southern vernacular and Cajun phrasing. Meely's father--kindhearted, often drunk and always on the wrong side of the law--hunts gators in the swamp, which is also a great place to hide from the police. He has never recovered from the death of his wife, in childbirth, eight years before. Meely (short for Emile) dreams of his mother and his dead baby sister, but his waking hours are consumed with catching or shooting his own dinner, trying hard to steer clear of a gang of bullies led by Junior Guidry, avoiding school and occasionally hiding from the police in the woods. Wells manages to be graphic, sweet and funny in the scenes where Meely discovers the pleasures of sex with his black friend and neighbor, Cassie. There aren't too many other pleasures for Meely, who is attacked by Junior and his bunch and rescued by Chilly Cox, Cassie's ex-boyfriend. Meanwhile, his father is arrested for driving without a license, and his truck is confiscated by the police. Father and son steal the truck back and set out on a gator hunt, where Meely stumbles upon a grisly scene involving Junior, his racist uncle, a policeman and Chilly. Meely's father arrives and turns the tables, quickly rendering himself persona non grata with the authorities. An action-packed stretch that includes a chase, a spectacular accident and Meely's dad's flight into the swamp, culminates in Meely's arrest and trial for assault and battery and attempted murder. There are echoes here of Huckleberry Finn and Tom Sawyer, in the friendship between a white boy and a black, and in a faked death. But Wells puts his own distinctive spin on this affecting tale, depicting Meely's harsh life without sentimentality, and capturing, as any writer of a coming-of-age story should, the melding of innocence and wisdom. (Feb.) FYI: Wells is a veteran Wall Street Journal reporter who grew up in Bayou Black, La., where he helped with his family's snake-collecting business.
close
Details