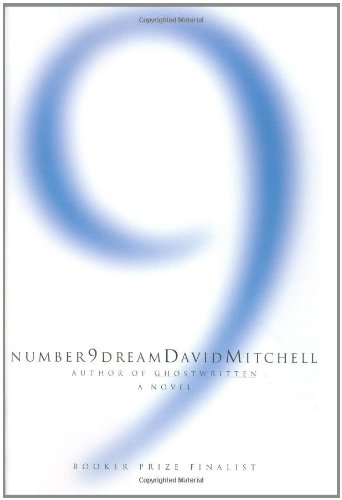 A young Japanese man's quest to find his estranged parents throws him into a bizarre world of mobsters, dream villains and cyber-tricksters in Mitchell's second novel (after ), a hyperactive, erratic sprawl of a book that begins when narrator Eiji Miyake finds himself out on his own after his twin sister, Anju, dies: his alcoholic mother had had a nervous breakdown and left her two children with their grandmother when they were very young, and they have never met their father. Miyake makes the move from rural Japan to Tokyo to stake out the company where his father is a powerful executive. But his search lands him in a nebulous yet dangerous game of cat-and-mouse with an equally powerful Japanese mobster who uses Miyake's need to find his parents to kidnap and threaten him in a series of malevolent and nearly inexplicable scenes. The most coherent sequence in the narrative takes place when Miyake is contacted by his grandfather, a former seaman who gives Miyake his diary, a poignant account of his stint on a submarine in the final days of WWII, as the Japanese frantically scrambled to deploy a new undersea warhead. Miyake eventually manages to meet his parents, but those potentially affecting scenes are overwhelmed and overshadowed by Mitchell's relentless tendency to spin out futuristic, over-the-top scenarios in which Miyake is whisked away into strange settings and then abused as if he were the hero in a deadly video game. Mitchell showed considerable promise in his highly acclaimed debut, but his sophomore effort is so chaotic that it will test even the most diligent and devoted reader.