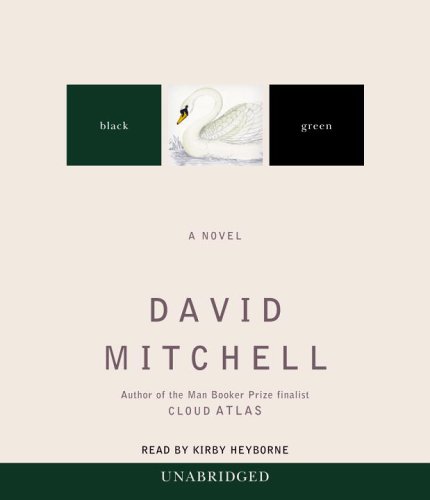 Any "whingers" out there won't feel comfortable in Mitchell's new novel of burgeoning and cruel adolescent boys in the rural but hardly pastoral England village of Black Swan Green. Heyborne, who performed one of the characters in the audiobook of Mitchell's , embodies the voice of 13-year-old Jason Taylor to perfection. His timbre is youthful and a tad reluctant, as might be expected of a teenager with a stammer who wants desperately to fit in with his rowdy friends. Jason's friends sound too much like Jason himself, but since they are viewed from Jason's perspective and since boys in a clique do tend to sound alike, the choices Heyborne makes are not problematic. The 1980s Worcestershire slang is more challenging, however. The addition of the letter "y" to words to form adjectives is somewhat "educationy," but it is sometimes hard to work through regionalisms that one cannot see in order to place them better. Although Mitchell's novel doesn't lives up to , which it derives from, Heyborne's performance is both compelling and compassionate, and the audio is entertaining and highly rewarding.