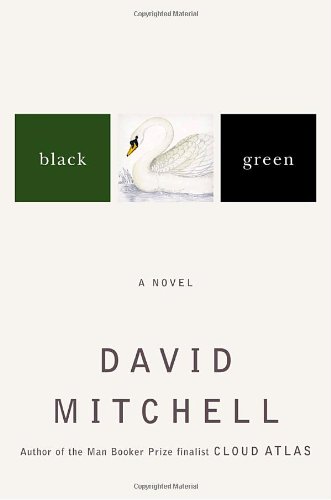 For his fourth novel, two-time Booker Prize finalist Mitchell ( , etc.) turns to material most writers plumb in their first: the semiautobiographical, first-person coming-of-age story. And after three books with notably complex narrative structure, far-flung settings, and multiple viewpoints, he has chosen one narrator, 13-year-old Jason Taylor, to tell the story of one year (1982) in one town, Worcestershire's Black Swan Green. Jason starts with the January day he accidentally smashes his late grandfather's irreplaceable Omega Seamaster DeVille watch and ends with Christmas, which, because of intervening events, becomes the last he spends in this sleepy Midlands hamlet. The gorgeously revealed cast includes Jason's brilliant older sister, sarcastic mother, blustering dad and a spectrum of bullies and mates. Jason's nemesis is an intermittent, fluctuating stammer: some days he must avoid words beginning with N; other days, S. Once he is exposed, the bullies taunt him mercilessly; there is no respite for the weak or disabled in Black Swan Green nor, as the realities of Thatcher's grim reign begin to take their toll, in England writ large. How Jason and his family navigate this year of change is the emotional core of this rich novel, but the virtuoso chapter is "The Bridle Path," wherein Jason, alone for one delicious day, searches for a tunnel fabled to have been dug by the Romans in order to rout the Vikings. What he finds along the way captures the sheer pleasure of being a boy and brings to mind adventures shared by Huck and Tom.