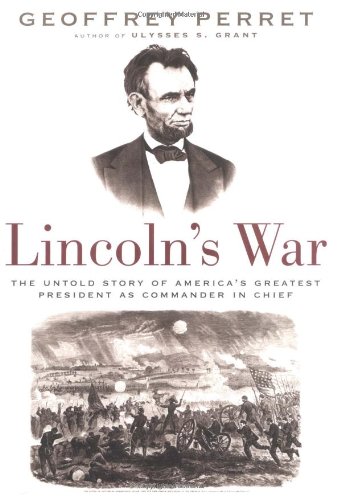 Americans have grown so accustomed to presidents asserting and exercising extensive powers in that role that Perret's thesis may prove as surprising as it is accurate. Until "Lincoln's War," Perret ( ) argues, there were serious questions as to how far the president's powers to determine military policy extended—or whether, indeed, they existed at all. The Constitution assigned the great issues, declaring war, raising armed forces, ratifying treaties, to Congress. At the other end of the spectrum the Mexican War had created a precedent of leaving strategy and operations to the professionals, particularly Gen. Winfield Scott. Perret argues convincingly that Scott's initial plan against the Confederacy, far from calling for its gradual economic strangulation, provided for replicating his triumph in Mexico by combining a holding action in the east and a decisive thrust down the Mississippi, designed to cut the Confederacy in half by the spring of 1862. Lincoln saw even that delay as unacceptable. While he did not have an expanded idea of presidential power at the time of his election, the comprehensive threat to national survival posed by the South's secession changed his mind. Perret uses archival and published sources to show how Lincoln, pragmatic in this respect as in so many others, put national survival above military, political and legal restraints. Creating by stages a "war power" nowhere described in the Constitution that made him a virtual dictator, Lincoln at the same time consistently appealed for support and validation to Congress, the court system and public opinion, themselves all significantly divided on how best to proceed. The president worked closely as well with a fractious high command incorporating military professionals, like Grant and Henry Halleck, and amateur "political soldiers," like Ben Butler. Developing increasing sophistication in coordinating battlefield victories with the wider political objectives of restoring and reintegrating the union, Abraham Lincoln won his war and in the process redefined the presidency.