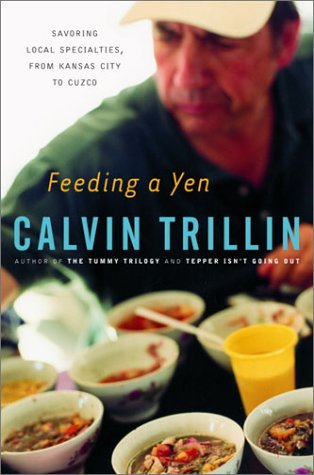 These 14 essays—which first appeared in the and other magazines but have been reworked to form a cohesive whole—nearly all grow out of Trillin's concept of a "register of frustration and deprivation." Recorded are the delicacies that have not taken root in his otherwise fertile home turf of Greenwich Village. For those better acquainted with Trillin's droll humor than his culinary predilections, it should be noted that Trillin is no snooty foodie. His abiding enthusiasm for various dishes is matched by a disdain for "review trotters," and the objects of his affection are more homey than rarefied: Louisiana boudin, Santa Fe posole, pimientos de Padrón and Kansas City barbecue, for instance. About these products, he crafts writing that meanders but always finds its center. The deadpan wit, deprecating himself as much as others, remains at a slow simmer throughout. Just as the theme of longing is in danger of becoming repetitive, Trillin throws in a couple of pieces that break the mold but not the rhythm of the book. For Trillin's many fans, it has been too long since a new collection of his food writing has made its way to market—1984's was the last volume strictly devoted to his gastronomic exploits. However briefly, this should sate their longings.