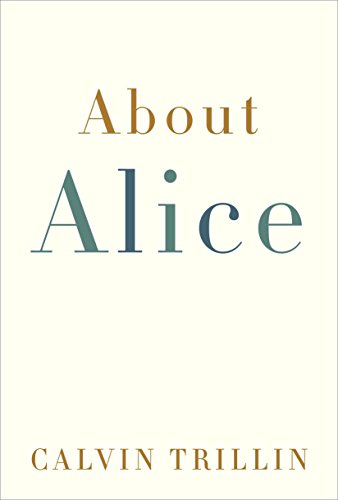 Trillin ( ), a staff writer with the since 1963, has often written about the members of his family, notably his wife, Alice, whom he married in 1965. A graduate of Wellesley and Yale, she was a writer and educator who survived a 1976 battle with lung cancer. In 1981, she founded a TV production company, Learning Designs, producing PBS's to teach children creative thinking; her book (1996) was intended to reassure children who had cancer. A weakened heart due to radiation treatments led to her death on September 11, 2001, at age 63. Avoiding expressions of grief, Trillin unveils a straightforward, honest portrait of their marriage and family life in this slim volume, opening with the suggestion that he had previously mischaracterized Alice when he wrote her into "stories that were essentially sitcoms." Looking back on their first encounter, he then focuses on her humor, her beauty, her "child's sense of wonderment," her relationship with her daughters and her concern for others. Trillin's 12-page "Alice, Off the Page" was published earlier this year in the , and his expansion of his original essay into this touching tribute is certain to stir emotions.