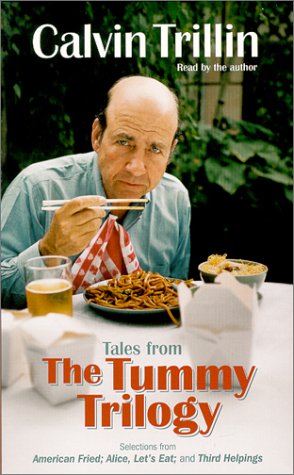 TALES FROM THE TUMMY TRILOGY

writer Trillin, known for his slow-burn, deadpan humor, reads a selection of 17 pieces from his previously published essay collections and . Helpful introductory comments include, "I'm here to tell you that compared to a monkfish, the average catfish looks like Robert Redford." More broadly, the message for restaurateurs is to avoid the pretensions of establishments referred to collectively as La-Maison-de-la-Casa-House and to embrace the authentic merits of the Buffalo chicken wing, the Chinatown noodle and the New York City bagel. The message for the rest of us is to eat without shame or remorse, to approach every meal (even the dreadful scrambled eggs Trillin mentions he was once in the habit of making for his daughters) with the same welcoming smile that this deft writer and performer leaves on everyone who listens to him.