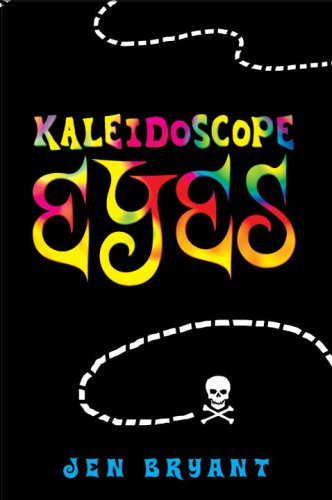 Growing up in New Jersey during the Vietnam War, 13-year-old Lyza has some battles of her own (“Whoever said 'the baby of the family/ gets all the sympathy'/ was clearly / the baby”). When her mother walked out, “our family began to unravel/ like a tightly wound ball of string.” Then Lyza's grandfather dies, leaving her a box filled with cryptic maps and clues, which she learns relate to the pirate treasure of Capt. William Kidd. Lyza and her best friends Carolann and Malcolm get to work locating—and then hiding—the treasure. Lyza's thoughtful narration in verse gives Bryant's ( ) novel a strong sense of setting and reflects the teenager's conflicting emotions about adulthood: “I had to decide/ to stay safe in the harbor, like my father,/ or to push out to sea, like Gramps.” Her observations also betray an engaging sense of humor (Denise, her older sister, “has no interest in anything/ she can't smoke, wear, or sing”). Sincere and well-paced, with the backdrop of a tumultuous period in history, the story is not easily forgotten. Ages 9–13.