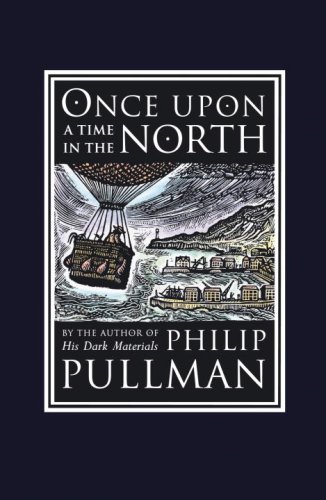 Once Upon a Time in the North

Fans of the His Dark Materials trilogy will get a kick from this wisp of a novel, which immediately introduces “a lean young man with a large hat, a laconic disposition, and a thin mustache”: Pullman offers up the backstory about that legendary Texan, the aeronaut Lee Scoresby, his jackrabbit daemon, Hester, and their first encounter with that other series favorite, the armored bear Iorek Byrnison. But this story reads as a stand alone, too, accessible to those unfamiliar with and the rest. Bringing in his signature talents for rich scenic description and dramatic action, the story begins as Lee arrives on the island of Novy Odense, looking for work, and instead finds adventure. Notably, Pullman tells the story from Lee's perspective, trading in trilogy heroine Lyra's point of view for that of an adult man. Lee and Iorek team up to help a sea captain save his ship's cargo—unfairly embargoed by a corrupt local politician (he harbors a deep prejudice against armored bears)—and square off against the politician's bodyguard, a hired killer. Readers will appreciate this story's larger-than-life tenor, so fitting for the heroic Lee Scoresby. Kids will enjoy the extras, such as the pull-out board game Peril of the Pole (“for four to six players and their daemons”) and “newspaper” clippings. Illustrated throughout with small engravings; final art not seen by . Ages 12-up.