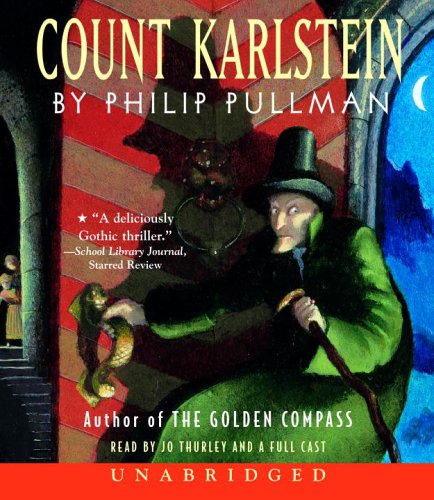 The deft performances of a roster of very talented British actors, led by Thurley, revive for listeners Pullman's diverting gothic thriller first published in Britain in 1982 (and in the U.S. in 1998). Set in a Swiss village in 1816, Pullman's humorous, suspenseful tale of Karlstein's evil plan to trade the young orphaned nieces in his care to save his own soul and his riches proves a thoroughly engaging listen, harnessing all the best elements of Radio Theater. In character as Hildi, the plucky maidservant at Castle Karlstein, Thurley serves as chief narrator, introducing the color, detail and relationships behind the scenes of all the intrigue. Action, adventure, laughs and the crisp vocal gymnastics here will keep listeners on the edge of their seats from one track to the next. Ages 8-up.