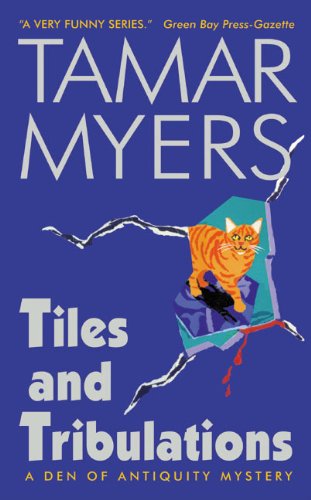 Drenched in Southern charm, this hilarious new installment in Myers's Den of Antiquity mystery series (after ) finds pint-sized antiques dealer-cum-amateur sleuth Abigail Timberlake hot on the trail of another murderer. When Abby's best friend begins to suspect that a ghost is haunting her newly acquired mansion, she hires Madam Woo-Woo, psychic to Charleston's well-heeled antique collectors, to conduct a séance. Shortly after the séance, Madam Woo-Woo passes from the world of the living, apparently having been poisoned. At first, Abby is more interested in the cache of 17th-century Portuguese tiles that she finds plastered to a wall inside the mansion than the psychic's demise—until human remains are discovered behind the same wall. Abby's usual entourage—new hubby Greg, ex-hubby Buford, best friend C.J., the gay Rob-Bobs, and Mama, the quintessential Southern Belle—make appearances and infuse the tale with wild antics and witty banter. Fans of laugh-out-loud mystery fare and all things old and rare are sure to find this an exceptional delight.