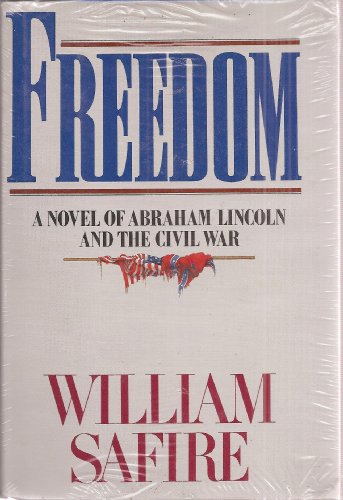 Do national security concerns supersede guarantees of individual liberty? Does strict adherence to the principles of freedom prevent a free government from defending itself effectively? Does the minority have the right to dissolve a democracy? Was the Civil War inevitable, given the fundamental split over slavery, or was it brought on by a combination of well-meaning and greedy Northerners who wanted to dominate the South? Can a majority rule over a subjugated minority and remain a democracy? These are among the vital, timeless issues that Safire deftly grapples with in a prodigious, 1152-page work that is more history than fiction. That he succeeds in relaying the confusion, anguish and excitement of this critical period in American historythe 20 months from Lincoln's assumption of the presidency to the signing of his Emancipation Proclamationis a measure of his supple writing style and dedication to veracity. With its analysis of intricate legal, political and military issues, this is demanding fiction, but so assiduously documented that it will interest Civil War tyros and scholars as well as buffs. Safire censures Lincoln as a leader who ""as the war went on . . . grew more easy with the use of dictatorial power.'' He also emerges here as shrewd, manipulative, depressed, stubborn, determined to preserve the Union and majority rule at all costs, a ruthless president who conducted a purposely bloody war. His gradual turnabout from a policy of tolerating slavery where it existed to the bold emancipation of slaves in rebel states, as a strategy to sustain the fighting spirit of the North, is carefully chronicled. In a 130-page ``underbook,'' Safire separates fact from fiction and keenly judges various historical controversies: Was McClellan an overly cautious general, or was he acting according to his dovish Democratic political conscience? Safire vivifies the complexities and paradoxes of the era through such real-life characters as border-staters Anna Ella Carroll of Maryland, a well-connected pamphleteer, and John Breckinridge, a former vice-president and Kentucky senator turned Confederate general, whose family epitomized the fratricidal war. The Pulitzer Prizewinning New York Times columnist is also adept at depicting gripping battle scenes, the vicissitudes of politics and the fierce jockeying for supremacy among Lincoln's cabinet members, between the president and the military, the different branches of government and factions of the Republican party. The intimacies here are basically political; Safire contrives a few fictional romances, but they are sops to the genre, providing a prism through which to examine the characters or ``hatracks'' on which to hang information. Photos not seen by PW. Major ad/promo; BOMC main selection. (August 28)
close
Details