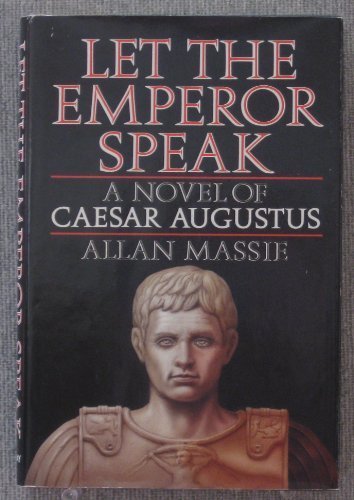 A panoply of Romans who populate history marches through the pages of this putative memoir by Caesar Augustus, for whom an age was named and about whom controversy has never altogether died. A disingenuous preface announces that the emperor's ""authentic'' diary, found in Macedonia a few years ago, has been translated into colloquial English by the author, as befits the language of the diary itself, which records, besides military and political triumphs, the philosophical and spiritual struggles of the man who turned a republic into an empire. Although he rejected the title ``Emperor,'' Augustus, like his adopted father, was called Caesar and told himself all his life that his guiding hand alone was strong enough to ward off civil war. The memoir falls into two sections, and while the earlier introduces us to the likes of Antony and Cleopatra, Cicero, Pompey, Brutus and Virgil, it is the last words that reveal the man. In these are portrayed the arbitrariness, often the blindness, of his will, which caused him to reject the sons of his faithful wife Livia (by whom he had no issue) on behalf of his flighty nephew Marcellus; which forced his stepson Tiberius into a loveless marriage with his only daughter Julia, a convicted whore; and which ultimately punished him with the deaths of his two grandsons, Julia's children, whom he had chosen to carry the Augustan banner. There is material here to satisfy every taste: for battle and politics, for vivid characterization that reveals rivalry, covetousness and the self-regard that burgeons as power grows. British novelist and historian Massie conveys it all in a breezy style that makes the reading easy and the goings-on not only credible but absorbing. (September 18)
close
Details