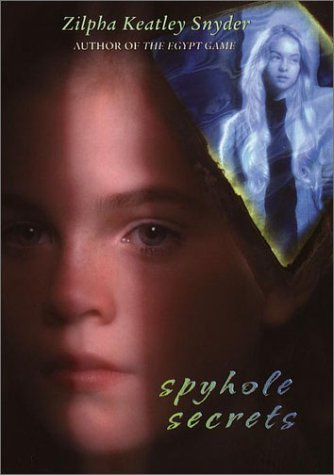 Snyder () pairs an idiosyncratic plot with her customarily insightful characterizations in this adept story. Three months ago, 11-year-old Hallie lost her father in a terrible freeway accident, and she and her artistic mother have just moved into a tiny apartment, formerly the servants' quarters of a mansion. Furious at God, bereft and lonely at her new school, Hallie finds an unexpected diversion: a chink in a boarded-up window in the mansion attic through which she commands a view of a neighboring apartment just a few feet away. Its inhabitants fascinate her, particularly a teenage girl with strikingly long, blonde hair. Why, she wonders, does the girl's expression change "from quivering-lip tragic to happy anticipation—and back to tragic"? Gradually Hallie's interest in the girl she thinks of as "Rapunzel" leads her out of herself. She befriends Rapunzel's younger brother, Zachary, a precocious eight-year-old who plans to become a psychiatrist, researches the clues he drops in conversation and continues her covert surveillance with a combination of curiosity, imagination and persistence that would befit Harriet the Spy. Hallie's utter absorption in spying on her neighbors may be a little hard for readers to sympathize with (Hallie is much angrier and in far more pain than Harriet), but the author's portrayal of middle-graders is as acute as ever. If the audience sometimes feels uncomfortable in Hallie's presence, it testifies to the realism and power of Snyder's writing. Ages 8-12.