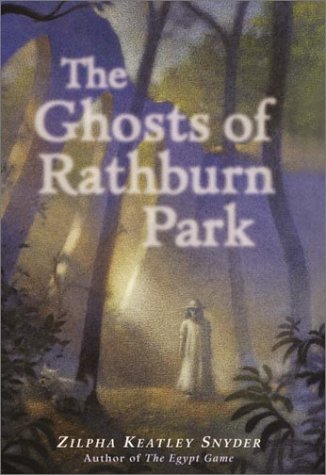 THE GHOSTS OF RATHBURN PARK

Veteran novelist Snyder () offers up a contemporary mystery more satisfying for its wonderfully delineated cast than, perhaps, for its plot. Matthew Hamilton, a gawky 11-year-old, has just moved to Timber City, where his dad has been hired as city manager. While his older brother and sister almost immediately start making friends, Matt is more solitary. A story about ghosts appearing near Rathburn Park, home to an old mansion and, also, before a deadly fire swept through it, the original site of the town, prompts Matt to investigate. He meets a girl in old-fashioned dress (who dons white gloves and a hat held in place with a hatpin), and he is thrilled when she introduces herself as Amelia Rathburn—and stymied when, shortly afterward, he learns that the only Amelia Rathburn on the premises is almost 100 years old. Those who have read E.L. Konigsburg's will know exactly what's coming; those who haven't will probably be able to guess the flesh-and-blood identity of the titular "ghosts." While this isn't Snyder's most suspenseful tale, her gifts for fashioning lifelike and sympathetic characters are as pronounced as ever, as is her understanding of family dynamics. The payoff here is the storytelling itself. Ages 8-12.