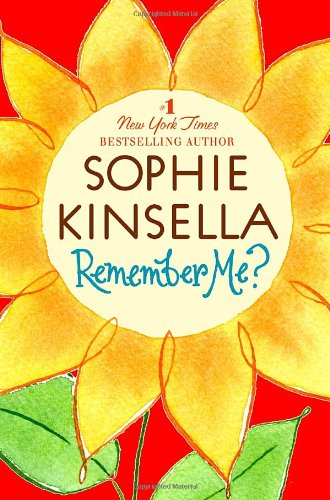 powerhouse Kinsella delights again with her latest, a winning if unoriginal tale of amnesia striking an ambitious shrew and changing her life for the better. After taking a nasty bump on the head, Lexi Smart awakens in a hospital convinced that it’s 2004 and that she’s just missed her father’s funeral. It’s actually three years later, and she no longer has crooked teeth, frizzy hair and a loser boyfriend. Initially wowed by what she’s become—a gorgeous, cut-throat businesswoman—Lexi soon finds herself attempting to figure out how it happened. As her personality change and lost memory threaten her job, Lexi tries to dredge up some chemistry with her handsome albeit priggish husband, Eric, though the effort is unnecessary with Eric’s colleague Jon, who tells Lexi that she was about to leave Eric for him. Amnesia tales may be old hat, but Kinsella keeps things fresh and frothy with workplace politicking, romantic intrigue and a vibrant (though sometimes caricatured) cast. Though the happy ending won’t come as a surprise, readers will be rooting for Lexi all along.