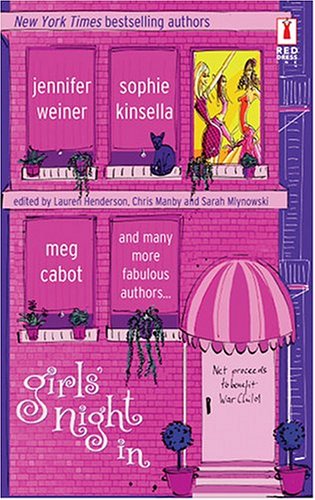 The third installment (the first to be published in the U.S.) in a British-originated series, this uneven anthology of stories by chick lit's bright lights showcases some engaging voices. Many of the selections, however, lack focus and shape, and while most begin energetically, more than a few fizzle before ending abruptly. Notable exceptions include "Cat Lady" by Alisa Valdes-Rodriguez ( ), in which a woman trying to embrace her inner spinster ("Dear self: If you are still single and haven't had one good date in the preceding two years... [s]ave yourself a future of humiliation and too much makeup and realize one important truth: You are now a cat lady") finds unexpected romance. In "New York" by Jill A. Davis ( ), a woman recovering from a breakdown finds her niche and a second chance for success in magazine publishing. Premonitions by a psychic roommate in "Know it All" by Sarah Mlynowski ( ) help the story's narrator finally make a decision regarding her on-again off-again boyfriend. Some big names disappoint, including Jennifer Weiner ( ) and Anna Maxted ( ). The anthology supports an excellent cause—a percentage of the proceeds go to the humanitarian organization War Child—but it's not consistently gratifying as entertainment. .