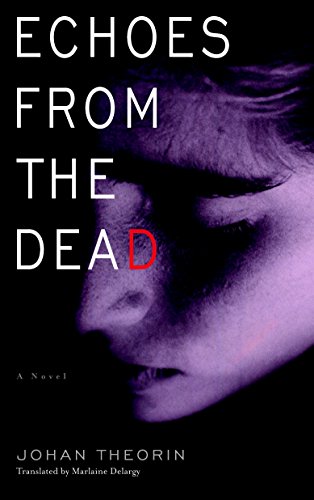 Echoes from the Dead

Set predominantly on the Baltic island of Öland, Theorin's deeply disturbing debut will remind many of Henning Mankell both in its thematic intensity and dark tone. Two decades after the unsolved disappearance of a young boy, Jens Davidsson, who vanished one foggy autumn afternoon in 1972 and was presumed to have drowned, Jens's grandfather, Gerlof, a retired sea captain, receives one of Jens's sandals in the mail. Gerlof enlists his alcoholic daughter, Julia, who's still struggling to come to grips with the loss of her only child, to help solve the mystery. All leads point to infamous thug Nils Kant, who was rumored to have killed numerous people. But Kant allegedly died years before the fateful day that Jens disappeared, so who could've killed the boy? And why? Further investigation leads the unlikely sleuths to some startling revelations about their isolated island community and its much-storied history.