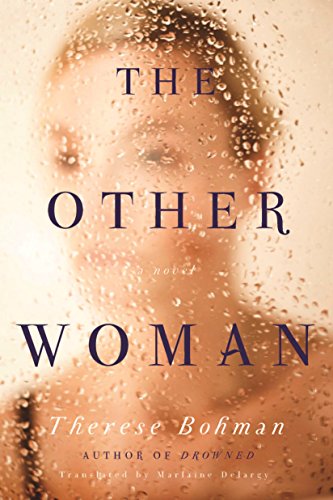 Equally erotic and shrewd, the latest from Bohman (Drowned) reads like a confession, or diary, as it chronicles the budding relationship between a nameless female hospital cafeteria employee, and an older, married doctor. Dissatisfied with her station, and longing to one day complete a writing degree, the nameless woman, also the novel’s narrator, strikes up a friendship with Dr. Carl Malmberg one evening when he offers her a lift home. One ride leads to another, and before long, she welcomes Carl into her shabby apartment. Their affair flourishes and turns increasingly risqué, yet—despite her new beau’s enthusiasm—she regularly wonders how long such a liaison can last without heartbreak. The author’s prose is breathtaking, oscillating between her narrator’s tumultuous feelings toward her lover and the narrator’s curiosity—and occasional disdain—for the world around her. In brilliant asides, she questions her own loyalty toward women, speaks frankly about her sexual aura, considers the ease with which men survive, and shares the rules to being a proper mistress (no lipstick, no perfume, and never adjust the passenger’s seat). Despite the low page count, Bohman finds room to let her characters breathe, and this brings them to life so much that, by the time a third-act twist revealed by the narrator’s new friend Alexandra smacks of too-convenient storytelling, you’re already fully committed to the author’s wild concoction. An elegant, rich take on an age-old narrative. (Feb.)
close
Details