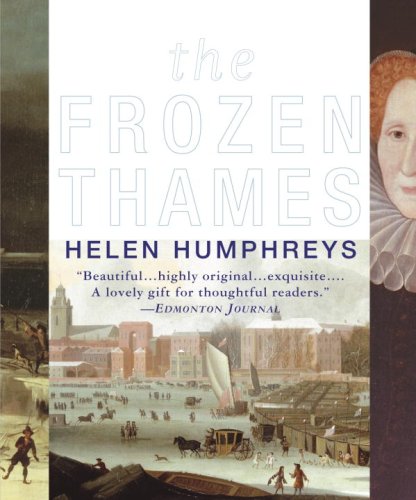 Between 1142 and 1895, the Thames froze solid 40 times, and Humphreys ( ) captures the magic and hardship created by these deep freezes in a series of elegant vignettes. The book opens with Queen Matilda’s snow-cloaked escape across the frozen Thames from Oxford Castle, and subsequent snapshots capture everything from fox hunts to the merry Frost Fairs that set up on the solid river. The river is also witness to the Black Death, a window tax and a hearth tax, a crumbling London Bridge and the Luddite uprising. The elements are wonderfully evoked, with coldness so intense that birds fall frozen from the sky, ale freezes solid in its jugs, and trees split apart “as though struck by lightning.” In a style meditative and poetic, Humphreys crafts a compelling portrait of the role something as seemingly simple as ice has in people’s lives and imaginations.