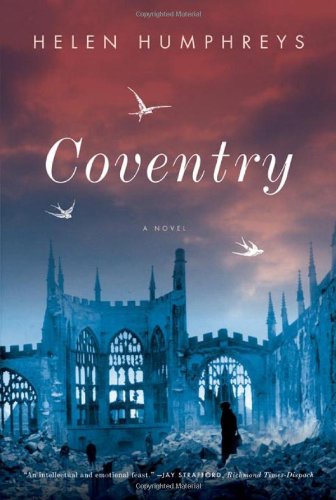 Humphreys’s lethargic latest depicts the intertwining lives of two British women during the world wars. Harriet and Maeve meet on the streets of Coventry, England, in 1914. Both are of troubled mind: Harriet’s husband has just left for the battlegrounds of France, and Maeve can’t shake a deep sense of loneliness. The women share laughs on a bus ride, but afterwards their lives continue on different paths. Harriet’s husband, Owen, goes missing (and is presumed killed) in action, and Harriet spends the next two decades mourning his loss. Maeve becomes pregnant out of wedlock and works a string of odd jobs to raise her son, Jeremy. In the chaos of the German bombing of Coventry in 1940, Harriet befriends Jeremy, who, at 22, stirs intense memories of Owen. Together, they search the town for Jeremy’s mother and forge an intense bond. Humphreys’s characters are given to poetic tendencies that occasionally yield interesting insights on the nature of loss and change, though the cast tends toward the indistinct and the narrative feels too in service of the historical record.