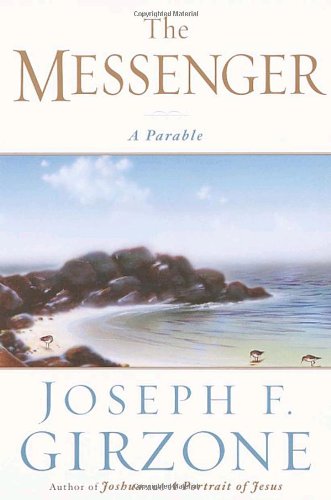 THE MESSENGER: A Parable

When Girzone wrote back in the 1980s, many Christians embraced his fresh, folksy tale of a contemporary Jesus made accessible to the masses. Unfortunately, just as the motion picture is released in theaters this spring, we have this embarrassing, rambling diatribe against the institutional church that is thin in more ways than just the page count. Although the story is said to be that of "Francis," it appears to be a barely disguised autobiographical tale of Girzone's own life as a retired priest and international speaker and author. Francis, portrayed as a modern-day messenger from God, travels from one venue to another, addressing packed auditoriums and receiving standing ovations ("They were so proud that someone of Francis's standing would come and speak with them"). Girzone details the insults of those who don't agree with Francis's teachings, from the hosts who leave him to his own devices for supper to the narrative aside: "Because of his care for the people and his courage in speaking out, petty Vatican officials made sure he was deprived of honors offered to him by prestigious universities. But being a soul of greater stature than those who persecuted him, he was little offended by the slight." Girzone's characters are disappointingly one-dimensional: those who believe in Francis's message are good; those who disagree are wrong or unenlightened. The writing is uneven in quality and often didactic. This brief parable is not worthy of Girzone's well-established readership.