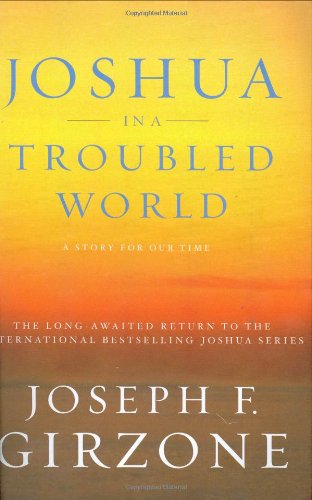 JOSHUA IN A TROUBLED WORLD

The latest installment in Girzone's Joshua series finds the titular character—a present-day incarnation of Jesus—roaming around Washington, D.C. As an apparent drifter of Middle Eastern descent, he immediately raises FBI suspicions, is brought in for questioning twice and is followed incessantly. Appearances are deceiving, and before long, Joshua is contacting and organizing prominent Washingtonians of Middle Eastern heritage. Soon he and this band of Jews, Christians and Muslims are traveling to various Middle Eastern countries to bring their power elite (including Yasser Arafat and Ariel Sharon) on board, and the whole enterprise culminates in a new Oslo Declaration of Peace. The novel expresses strong opposition to U.S. detention of Middle Eastern men and articulates a universalist theology—affirming that Muslims, Jews and Christians all worship Joshua's Father and that they are all cared for by his Mother. While many Christians will appreciate the way Girzone's theology, as well as his view of human nature and the world, contrast to that of the Left Behind series and other popular Christian fiction, his book does not succeed as a novel. The characters are one-dimensional, the dialogue is stilted, the plot is tedious and the conclusion is entirely predictable. The author makes the classic mistake of telling rather than showing and creates a novel that fails to persuade or involve the reader.