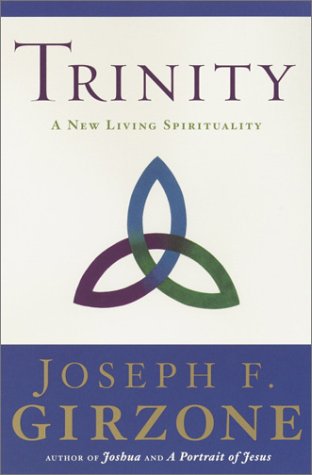 This book marks a new direction for Girzone, the septuagenarian retired priest whose parable catapulted him to the top of bestseller lists in the 1980s. Here he attempts to turn theologian, tackling one of traditional Christianity's most perplexing and controversial doctrines: that God, though one, is also three. Beginning with anecdotes affirming God's compassion, Girzone then looks at portrayals of God in the Hebrew Scriptures and the New Testament. In four breathless chapters, he whizzes through 16 centuries of theological disputes before settling back into territory that, for him, is far more comfortable: how to have a personal relationship with a loving God. The concluding three chapters provide a simple, beguiling introduction to contemplative prayer and the mystical pathway to God, but they are not worth the wait. Not only do the biblical and historical sections fail to inspire, they also reveal an author wandering through unfamiliar territory. There are factual errors; for example, Girzone claims that Origen and Eusebius were contemporaries, and incorrectly asserts that Ignatius of Antioch, who died around A.D. 107, "was one of the original disciples of Jesus, who knew Jesus well while he was on the earth." Such a claim is highly unlikely given both the constraints of chronology (Jesus was crucified in A.D. 33) and geography (Ignatius lived in Syria). There are also surprising omissions. Why, for example, is Chalcedon—a definitive fifth-century church council on Jesus' nature and the Trinity—never mentioned? Overall, this book is a disappointment.