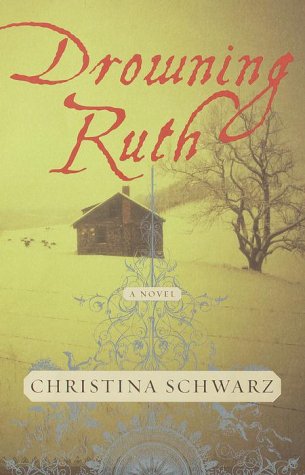 ""Ruth remembered drowning."" The first sentence of this brilliantly understated psychological thriller leaps off the page and captures the reader's imagination. In Schwarz's debut novel, brutal Wisconsin weather and WWI drama color a tale of family rivalry, madness, secrets and obsessive love. By March 1919, Nurse Amanda Starkey has come undone. She convinces herself that her daily exposure to the wounded soldiers in the Milwaukee hospital where she works is the cause of her hallucinations, fainting spells and accidents. Amanda journeys home to the family farm in Nagawaukee, where her sister, Mathilda (Mattie), lives with her three-year-old daughter Ruth, awaiting the return of her war-injured husband, Carl Neumann. Mattie's ebullient welcome convinces Amanda she can mend there. But then Mattie drowns in the lake that surrounds the sisters' island house and, in a rush of confusion and anguish, Amanda assumes care of Ruth. After Carl comes home, Amanda and he manage to work together on the farm and parent Ruth, but their arrangement is strained: Amanda has a breakdown and recuperates at a sanatorium. As time passes, Ruth grows into an odd, guarded child who clings to perplexing memories of the night her mother drowned. Why does Amanda have that little circle of scars on her hand? What is Amanda's connection to Ruth's friend Imogene and why does she fear Imogene's marriage to Clement Owen's son? Schwarz deftly uses first-person narration to heighten the drama. Her prose is spare but bewitching, and she juggles the speakers and time periods with the surety of a seasoned novelist. Rather than attempting a trumped-up suspenseful finale, Schwarz ends her novel gently, underscoring the delicate power of her tale. Agent, Jennifer R. Walsh at the Writers Shop. Literary Guild, Doubleday Book Club, Teen People and Mango Book Club main selections; film rights optioned by Miramax, Wes Craven to direct; foreign rights sold in Germany, France, the U.K., Japan, Italy, the Netherlands, Finland, Sweden and Denmark. (Aug.)
close
Details