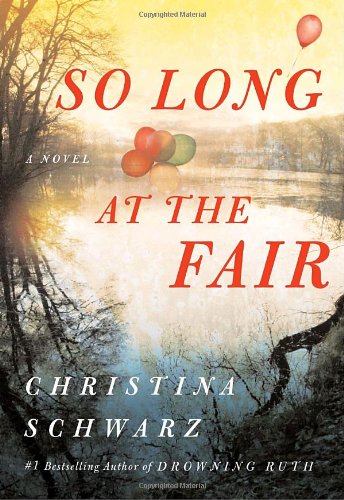 So Long at the Fair

Fans of Schwarz’s Oprah Book Club selection are likely to be disappointed by this convoluted novel about loyalty, love and obsession. Jon and Ginny Kepilkowski, high school sweethearts who were pushed into marriage by a freak accident, come to a crossroads when Jon, after an argument with Ginny, decamps to spend the day with mistress Freddi. Ginny, meanwhile, meets clients for her landscaping business, one of whom, Walter Fleischer, is part of a long-ago family conflict that is weakly developed in flashbacks to the summer of 1963, where Jon and Ginny’s parents are embroiled in a perplexing revenge plot against Walter over lust gone wrong. Back in the present, Ginny comes close to discovering Jon’s infidelity while Jon and Freddi are pursued by Ethan, whose clunkily rendered obsession with Freddi leads to a violent, if poorly presaged, climax. When the novel finally reveals its long-foreshadowed secrets, their import remains frustratingly unclear.