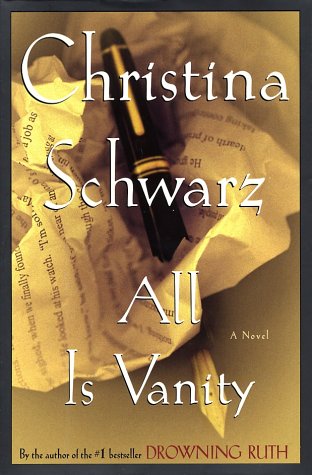 The die was cast for Margaret and Letty back when they were childhood friends, in Pasadena, Calif. "Even in our games, she was always Robin to my Batman, Watson to my Holmes, Boswell to my Johnson," the grown-up Margaret muses in the East Village, where she now lives with her husband, Ted. Margaret has decided to quit teaching English to rich kids and write a meaningful novel. The trouble is, she doesn't have a plot. She strains to invent a hero, Robert Martin, who interminably makes breakfast while remembering Vietnam. But it is more fun to use her computer to exchange e-mails with Letty, a devoted mom whose world is turned upside down when her husband, Michael, lands a big-deal museum job in L.A. and the couple begin spending beyond their means. A while after the reader has figured out that Margaret would rather script Letty's life than Robert's, Margaret gloms onto the weird equation. The deeper Letty sinks into debt and degradation, the better the chances that Margaret can write a bestseller about her and make enough money to save them both. Exit Robert, enter Lexie, based on the Lettie whom Margaret manipulates electronically while feigning a best friend's concern. Schwarz () has a wicked eye for human foibles. Ted's relentless accountancy (he records the purchase of Tic-Tacs), successful writer Sally Sternforth's insufferable ego, the cavalier ways of literary agent Heather Mendelson Blake, Michael's blind ambition: Schwarz nails them all. As funny as it is cruel, the novel sweeps you along on its fast-track slide to hell. While some readers may cavil at a morality play without redemption, others will respect the no-exit spin on ambition and greed.